All Collections
Integrations
How to use Cascade's Power Automate Connector

How to use Cascade's Power Automate Connector

Connect Cascade to hundreds of other apps with Power Automate!

Cascade’s Power Automate connector is an extremely powerful tool to create integrated and automated workflows between Cascade and other applications. These automated connections called ‘Flows’ can be created easily and allow you to pipeline data and build workflows between apps that otherwise wouldn’t be possible.

Getting Started with Power Automate

How do I create a flow? 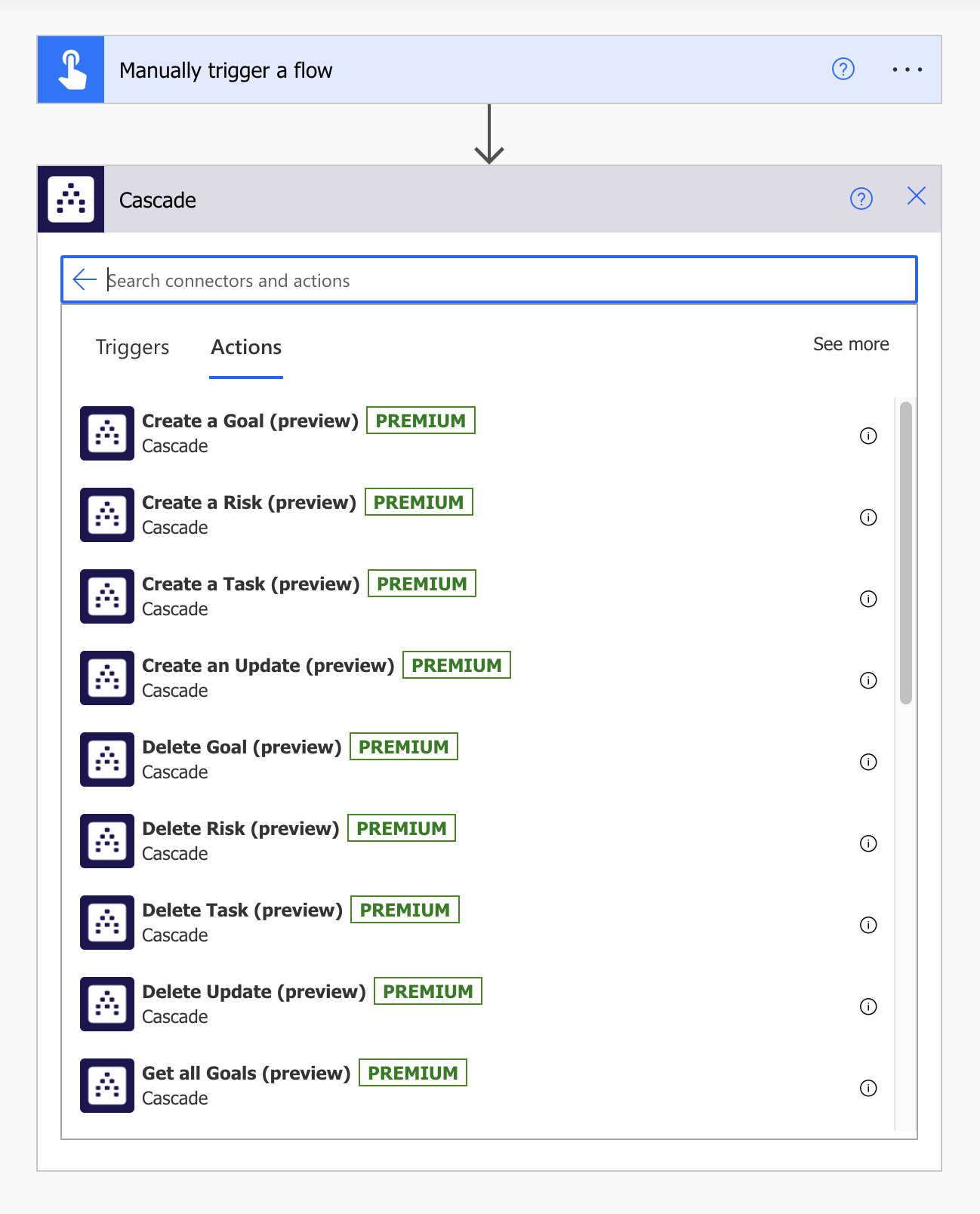 Each flow has three different ways to Trigger them:

How do I use Cascade’s Power Automate connector?

Actually creating a Power Automate flow will take some practice. Please use these resources to help get started:

Depending on the data that you want to bring into Cascade you may have to loop through it if it is a list of data points. This is where the power of Power Automate is really highlighted. You can loop through data to update multiple items within Cascade, even adding conditional and custom logic to the loops and conditions.

For example, if you are bringing in information from a Microsoft Project report you can loop through data inside the report looking for a specific ID of a specific task and then updating a particular Cascade goal with that newly published information

Here are some resources on loops within Power Automate

List of fields within the different actions of Cascade’s connector and what they mean: