All Collections
ADMIN - Users, System, and Subscription
Users and Org Structure
How to Change a User's Role (Job Title)

How to Change a User's Role (Job Title)

This article will show you how to change a user's role within Cascade.

Written by Nick Cuddigan
Updated over a week ago

There are several reasons why Users might need to have their Roles changed in Cascade:

Remember that per Cascade's Org Structure on the Profile > Organization page, Roles are aligned to Org Units, and Users are plugged into Roles. 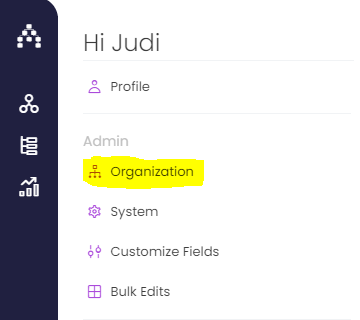 All ownership of goals in Cascade happens at the Role level, and not the User level. This is extremely important to keep in mind when looking to change a user's Role.

If all you need to do is change someone's title and not move them in the org chart, simply double-click their Role in the Roles section and save a different title. It's that simple!

In that same window, you can move their Role in the Org Chart on the "Manager" tab. Every Role in Cascade must be set to report to another Role (Manager) except for one Role at the top. This logic is what makes up the entire Org Chart. 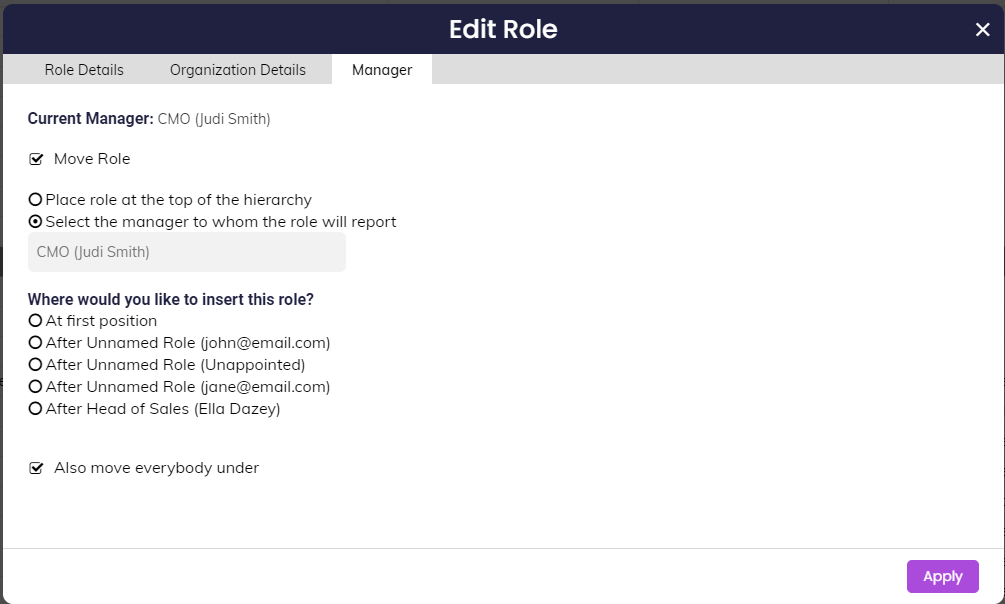 If you care about the order of Roles/people listed under a given Manager, you can specifically call out where the Role should fall in the order in the bottom section of the Manager tab.

If a User will be completely moving on from their current Role and taking on new responsibilities in Cascade, you can create a new Role for them and then change which Role their User is plugged into.

To change which Role a User is plugged into, double-click their User in the Users section of the organization page and change the Role on the Appointment tab.

Remember, doing this will literally shift away all current goal ownership from this person. If you need to move any goals around in bulk as a result, remember to reassign them back from the User's old Role.